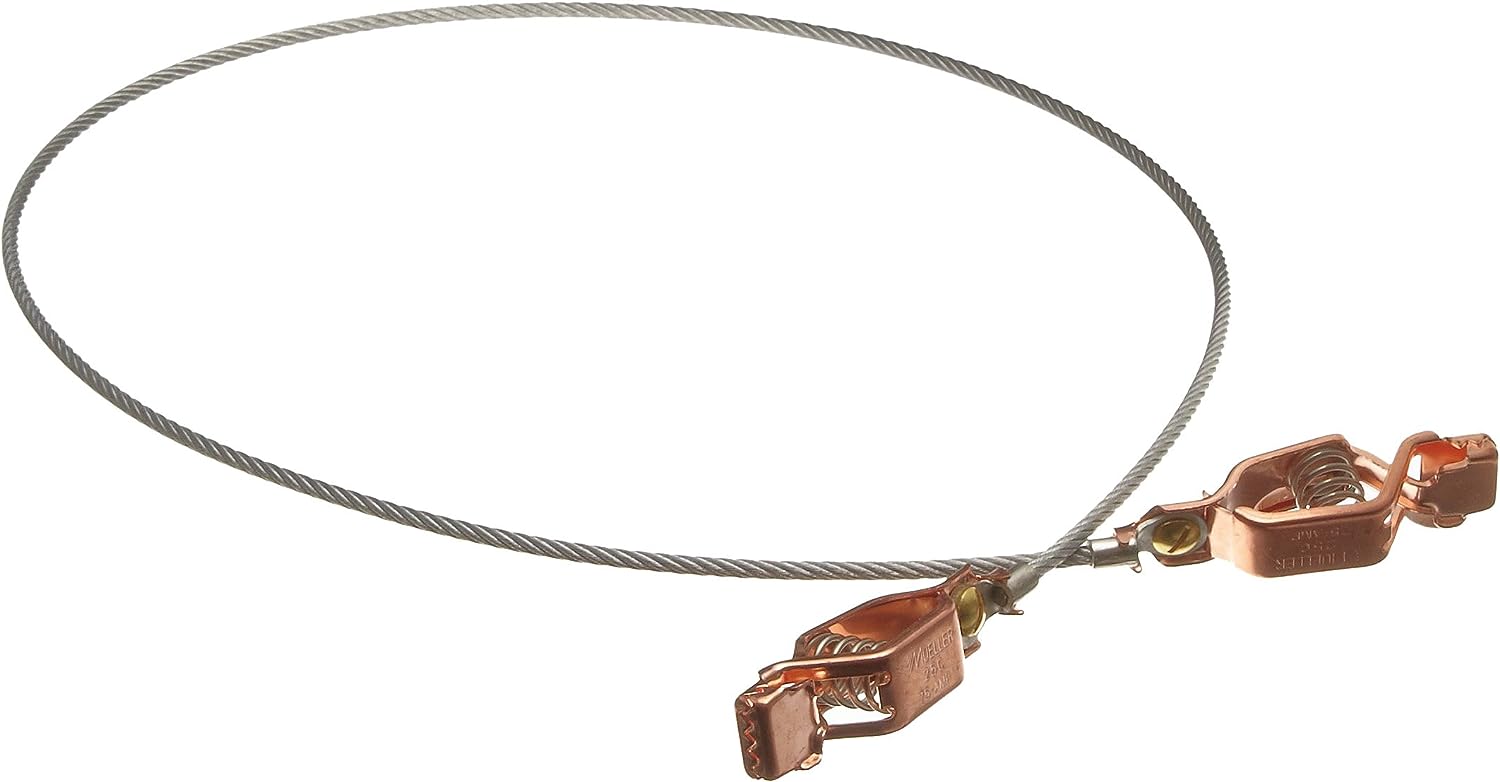 Antistatic Wires prevent sparks from static electricity generated by movement and flow of flammable liquids. Bonding between containers during liquid transfer, and connecting drums to an earth ground are required under Federal and Local Codes. Standard wire lengths are 3' and 10'; for longer reach use several wires with .25" terminal ends. Custom length bonding and grounding assemblies are also available as are individual clamps.