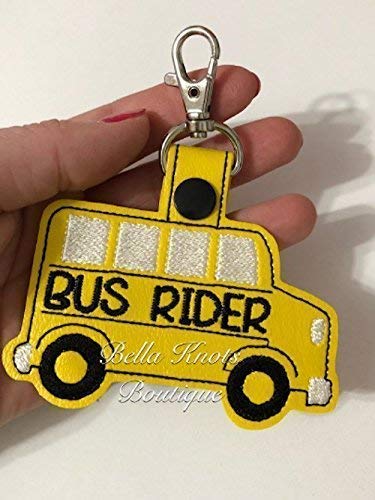 Bus Rider Backpack tag. Made of marine vinyl (similar to faux leather) and professionally embroidered for the perfect touch to your child's backpack or other item. Approximately 3in L x 2.25 H (see last photo with measurements). Includes metal clip for conveniently clipping onto your backpack or other item. Check out my back to school section for more items. Veteran owned business.